Responsum Health is harnessing the promise of the Internet to better inform and engage patients with chronic conditions. Join us! 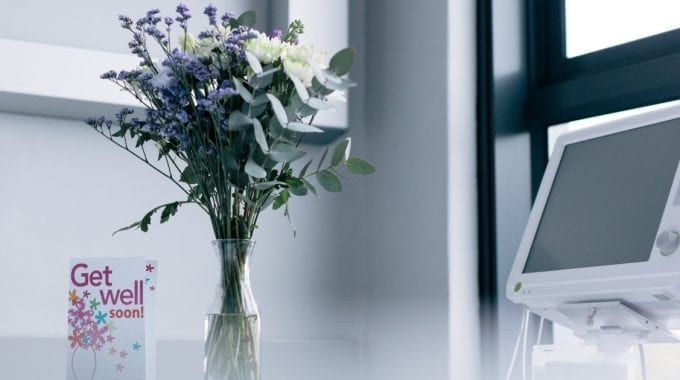 Of all the incredible things we’ve experienced at Responsum Health, none can rival the selfless contributions we receive from amazing individuals within the Responsum for PF community. Stephen Berger, however, is in a league of his own.

Stephen became a Responsum for PF member in 2018 and has since written 34 columns for our readers in his amazing series, “Reflections from the Trek.” An accomplished engineer by trade, Stephen also has a Master of Theology degree; is a member of the Evangelical Theological Society; and was a volunteer hospital chaplain.

Without fail, his column is the most-read article in our PF Newsfeed week after week, and it’s no surprise why. Stephen’s observations on living with a pulmonary fibrosis diagnosis are painfully honest, intelligent, practical, and thoughtful. His takes on faith, hope, values, and how to navigate this dreadful disease with grace have inspired thousands of our readers.

But for the next few months, Responsum for PF’s newsfeed won’t be featuring any new columns from Stephen, as he recovers from a double-lung transplant he received at UT Southwestern Medical Center. We are thrilled to report that the surgery went well, and he’s already back to emailing!

In typical Stephen fashion, he assures us that his latest adventure has given him more “material” than he could’ve ever asked for, and he’s anxious to start writing again. We can’t wait to have him back!

Please join us in thinking of Stephen and his wife Brenda and send positive and healing thoughts his way for a speedy recovery. If you need some reading material until he gets back, pull an old Reflections article from the Responsum for PF library for a second read—or first read if you’re new to Stephen’s work. Try this one to start!

Earlier this month, our Alliance Ambassador Claudia Alarco Alarco and I ran an exhibit booth…

People with pulmonary fibrosis (PF) are especially vulnerable to COVID-19, the disease caused by the…