Responsum Health wants to harness the promise of the Internet to better inform and engage patients with chronic conditions. Join us!

What are the symptoms of kidney disease and kidney failure, and how do they affect the body?

It may come as a surprise that chronic kidney disease (CKD) can be active in the body for years before many of its symptoms become readily observable.

Unlike acute kidney failure, which can result suddenly from a severe injury, kidney failure from CKD is a gradual process. Through the first three of the five stages of kidney disease, symptoms are usually so subtle that blood tests, urine tests, and/or CT scans are necessary for a diagnosis.

In stages 1 and 2, evidence of the disease is most often limited to the presence of proteins in the urine, and elevated amounts of creatinine (a metabolic waste from muscle use)  in the bloodstream.

It’s often not until the disease has reached its advanced stages that most symptoms manifest. Once they do, they usually can’t be ignored, and shouldn’t be.

Keep in mind that, experienced in isolation, several of the following symptoms may have causes other than kidney disease. In the late stages of CKD, however, many symptoms may appear at the same time, and will have direct connections to the significant loss of kidney function.

Here are some of the most common symptoms of chronic kidney disease that you may experience.

Causes and Comorbidities of CKD

There are several health conditions associated with chronic kidney disease that are unusual in that they cause, or contribute to, the development of CKD and also be caused by that disease.

Changes in urine and urination due to CKD

It’s to be expected that damage to the kidneys, which filter wastes and excess fluid from the bloodstream and send them to the bladder in the form of urine, will result in changes to urine and the process of excreting it. These symptoms include:

Pain, spasms, and other sensations

Far from only affecting excretion, failing kidney function affects every system, organ, and gland of the body. Some of the more noticeable symptoms include:

The collective effects of the physical and emotional strain of the disease, its related complications, and its treatments, can wreak havoc on your appetite, which can cause weight changes and further health issues.

Other symptoms of CKD

There are a variety of other symptoms that you might not automatically associate with kidney disease, but which are nonetheless commonly experienced by those living with CKD.

The above list is not exhaustive by any means, but describes some of the most common symptoms that you can expect, and prepare for, should the disease progress to later stages. If you notice any of the above symptoms, consult with your doctor to explore symptom management options.

Learn how to protect yourself and reduce your risk of exposure to the virus. 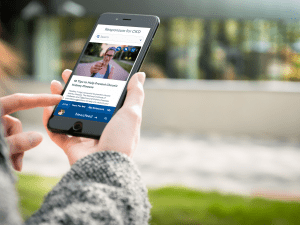